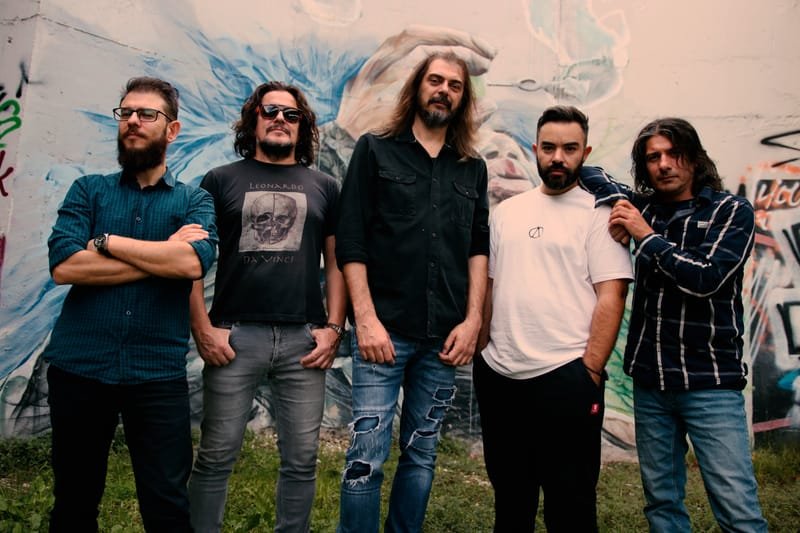 Secret Theory is a Greek band, based in Larisa of Thessaly Greece! They were formed back in 2013 from George Gerasis (guitars) and Polydefkis ‘Lord’ (vocals) as a result of their common love for rock and metal music. Later, the lineup was completed by Jonny Teo (guitars) and Nikos Tsintzilonis (drums) and at that point, they started with the first recordings. Their debut - self-titled - album was released in February 2018 while in March 2019 they released a digital single called ‘Chopper Riders’. In the meantime, they have been part of playing live in music festivals and live venues. Their influences include many spectrums of the metal scene which resulted in an explosive mixture of alternative groove nu-metal! In the last two years, there have been some changes of the band members; while the two guitarists are the same, the singer, bass player, and drummer have been renewed. Secret Theory is: George Gerasis: guitars Giannis ‘Jonny Teo’ Theologis: guitars Apostolis Pazaras: vocals Nikos Voulgarakis: drums & percussion Fontas Stragalinos: bass Having already recorded their second full-length album under the title ‘Secrecy Spawns Theories’, Secret Theory are doing a dynamic comeback declaring that are present in the metal-rock music scene. Follow Secret Theory : Facebook : https://www.facebook.com/secretheory Youtube : https://www.youtube.com/channel/UChVlZMf0yCQRO534uJDEz9A